The first time I tried Aya’s cooking, I had the feeling of being immediately taken back to Asia. Her food is not “fancy” but won my heart with its wonderful comforting qualities. We brought this idea to the second instalment of the Jade Palace dinner party series, with Aya recreating homestyle food influenced by her mother’s cooking that she grew up with. We were lucky to have Roxy Rezvany film the day as it unfolded. Aya produced Little Pyongyang, a cinematic documentary directed by Roxy, which had its World Premiere at CPH:DOX 2018 where it was nominated for the NEXT:WAVE Award and its UK Premiere at Sheffield Doc/Fest in June 2018. It has since gone on to win multiple awards such as Best Director at Underwire Festival, Best Cinematography at SIMA and Best Documentary at The Smalls Festival. It makes me incredibly happy to work with two talented women like them. 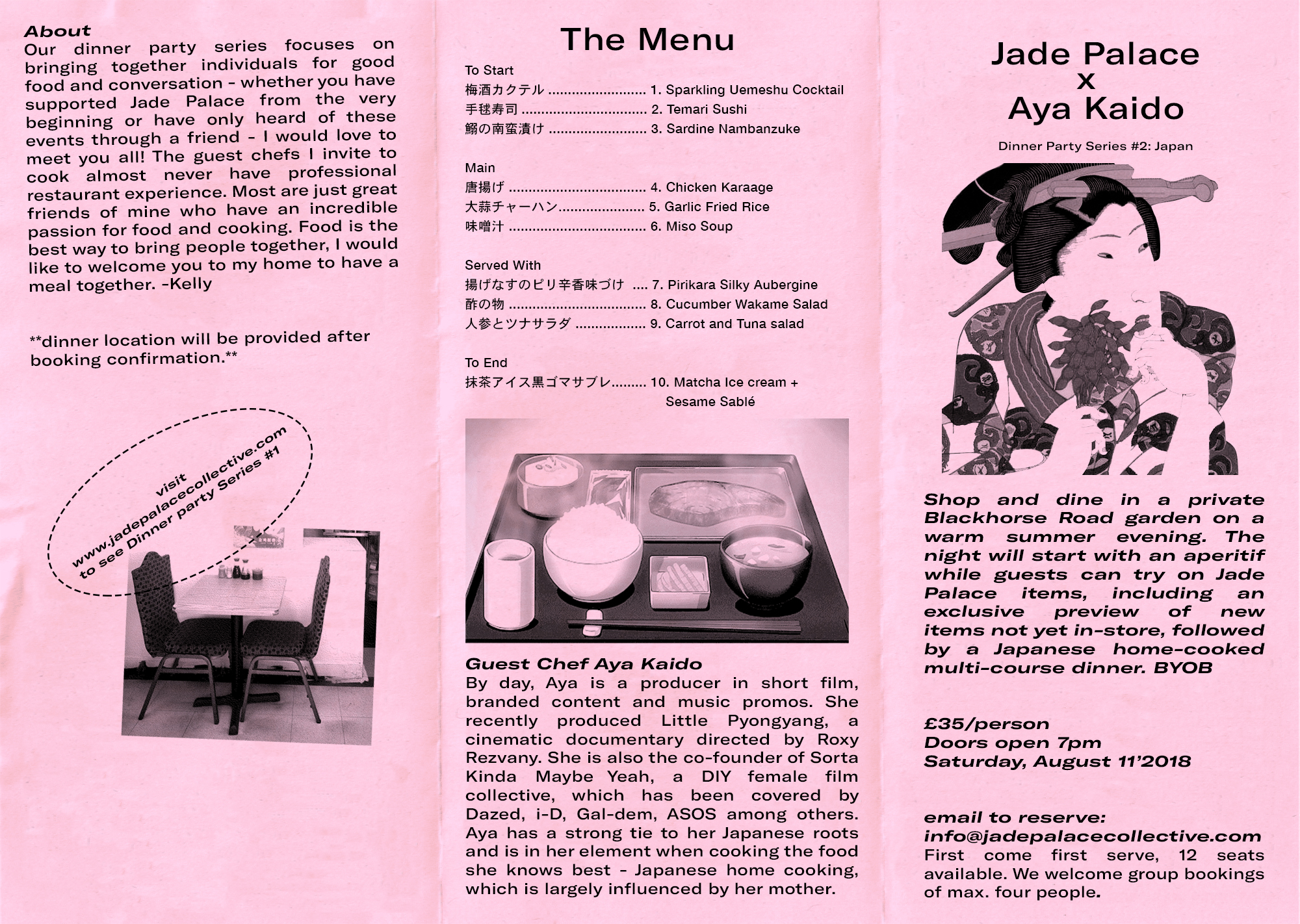 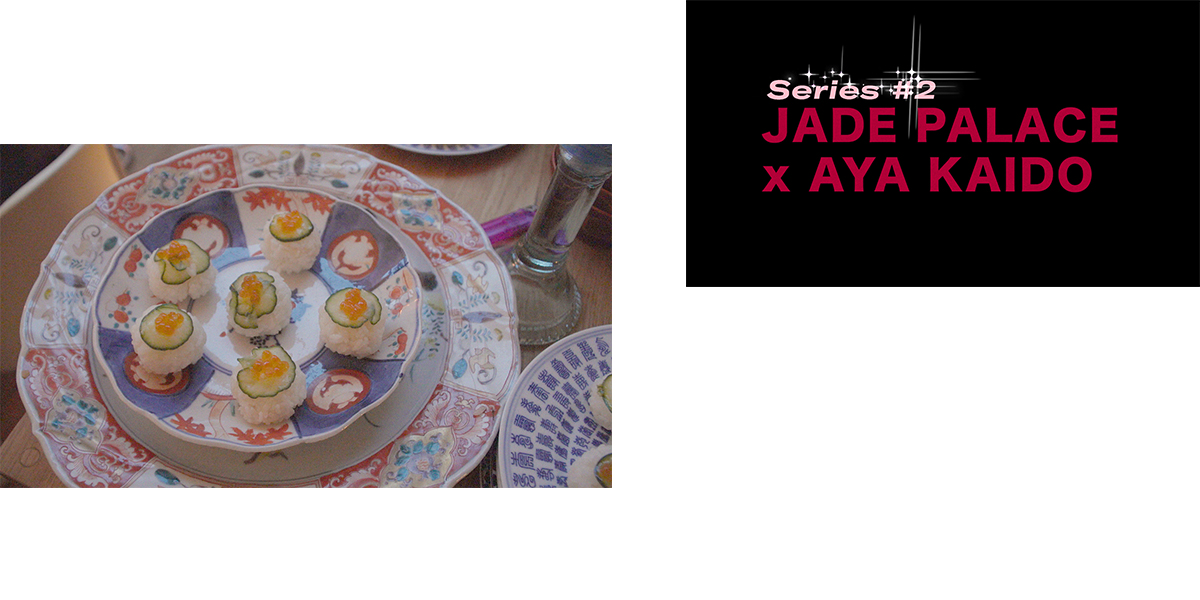 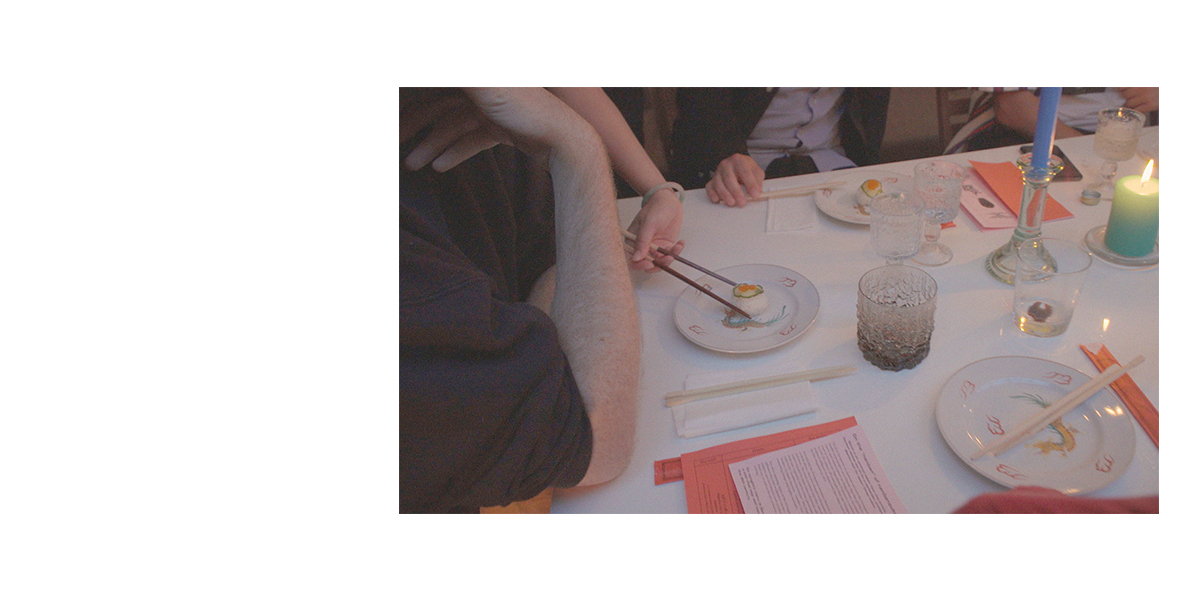 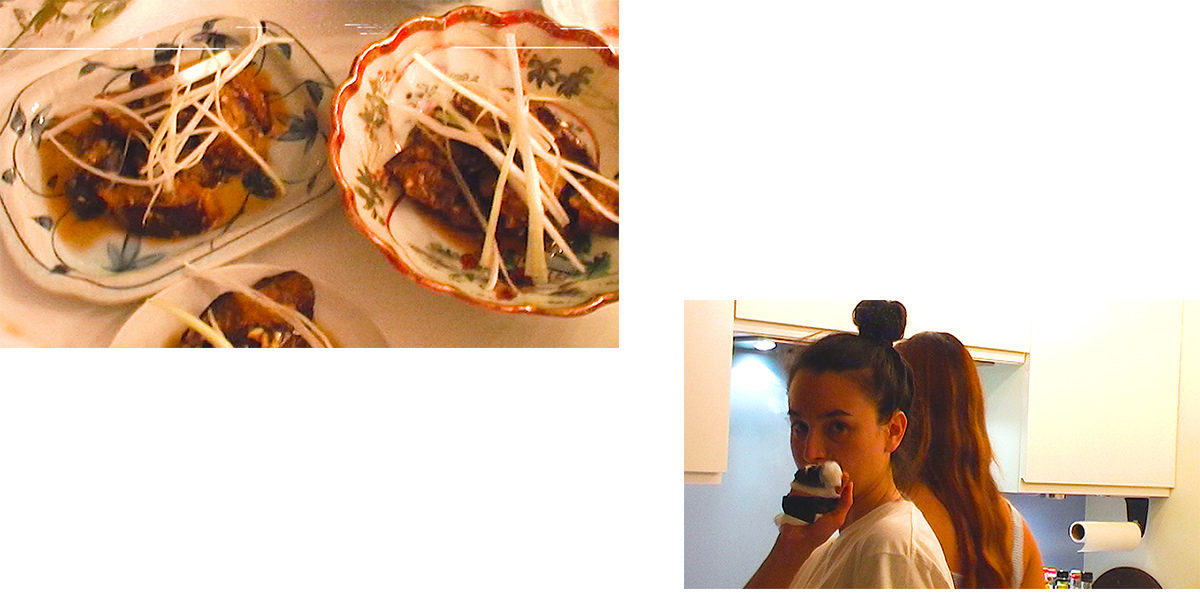